EQL was founded in 1994 by Charlene A. Day, PhD, MPA, CHES in direct response to the national clarion call by health professionals engaged in disease prevention for the design, implementation and evaluation of health promotion and disease prevention initiatives for the underserved and/or never-served populations in the US and abroad.
For a five year period (1995-2000) EQL founder, Dr. Day and experts worked collaboratively with partner organization Health Evaluation Research Services (HERS) and focused primarily on program evaluation services.
Previous
Next

The mission of Education for Quality Living (EQL) is to provide the highest quality culturally appropriate health promotion, disease prevention, research and evaluation expertise to federal, state, and local governments and community-based organizations who are working with racially, ethnically or medically underserved populations in need.

Working in the field of health promotion and disease prevention for over 20 years, Dr. Day has advised a member of Congress (William H. Gray, III) on health issues as a Senior Legislative Assistant, worked in the US Conference of Mayors to advance health initiatives, served as the Director of Health Education for one of the first large HIV/AIDS prevention initiatives aimed at promoting positive health behaviors on college campuses, and; served as pioneer “Coach” for a nation-wide National Cancer Institute dissemination project. She is an entrepreneur, co-founding the first African American woman-owned evaluation firm in the country – Health Evaluation Research Services (HERS) and; after moving to Las Vegas, NV in 2001, re-assumed the helm as Founder and Executive Director of Education For Quality Living, LLC (EQL), a health promotion, disease prevention and evaluation consulting firm providing services locally and nationally.

Over the past ten years, Dr. Day has served(s) on the board of directors of numerous non-profit organizations and has worked as the funding or development director for many of them. She has an exemplary track record in the development, implementation and evaluation of over 200 health promotion and disease prevention programs, projects and initiatives receiving federal, state, foundation and local funding. A few recognizable to many in the Southern Nevada area include: Care For The Girls…A breast cancer prevention program for uninsured and underinsured women for which she sought and secured funding through the American Cancer Society through Community Partners For Better Health. The Healthy Outcomes in Pregnancy Program, a program to decrease infant mortality among people of color, Girls Get Fit, a physical activity program from middle school aged youth. She is the co-developer and training coordinator of the federally funded initiative from the US Office of Adolescent Health to the UNLV Center For Health Disparities – The Southern Nevada Teen Pregnancy Prevention – designed to reduce teen pregnancy and provide sexual health education to youth ages 14-19 in faith based institutions. In addition to her work on the National Cancer Institute’s Body&Soul project where she “Coaches” congregation teams around the region to increase the number of fruit and vegetables they consume daily as a cancer prevention effort, she also administers a youth initiative – Positive Action, and a peer educator program – Teen Advocates For Prevention – designed to decrease overall risky behaviors (underage drinking, unprotected sex, etc) among youth in the valley. 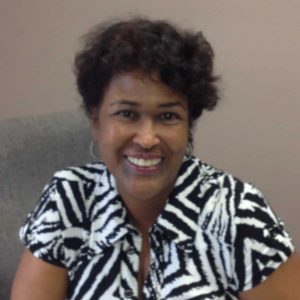 EQL capitalizes on the skills and expertise of professionals in the health promotion and disease prevention arena to train and implement the workshops it conducts. These experts typically have advanced degrees in a plethora of health and human service related areas and participate in a certification process using the evidence based curriculum selected for the community in need to insure content mastery.
Facebook Twitter Google-plus
Scroll to Top

crafted by my friend earth™ Design